Plenary lectures are invited 45minutes lectures to be held without other parallel activities. The lectures will be broad surveys of recent major developments in the neurorehabilitation field. 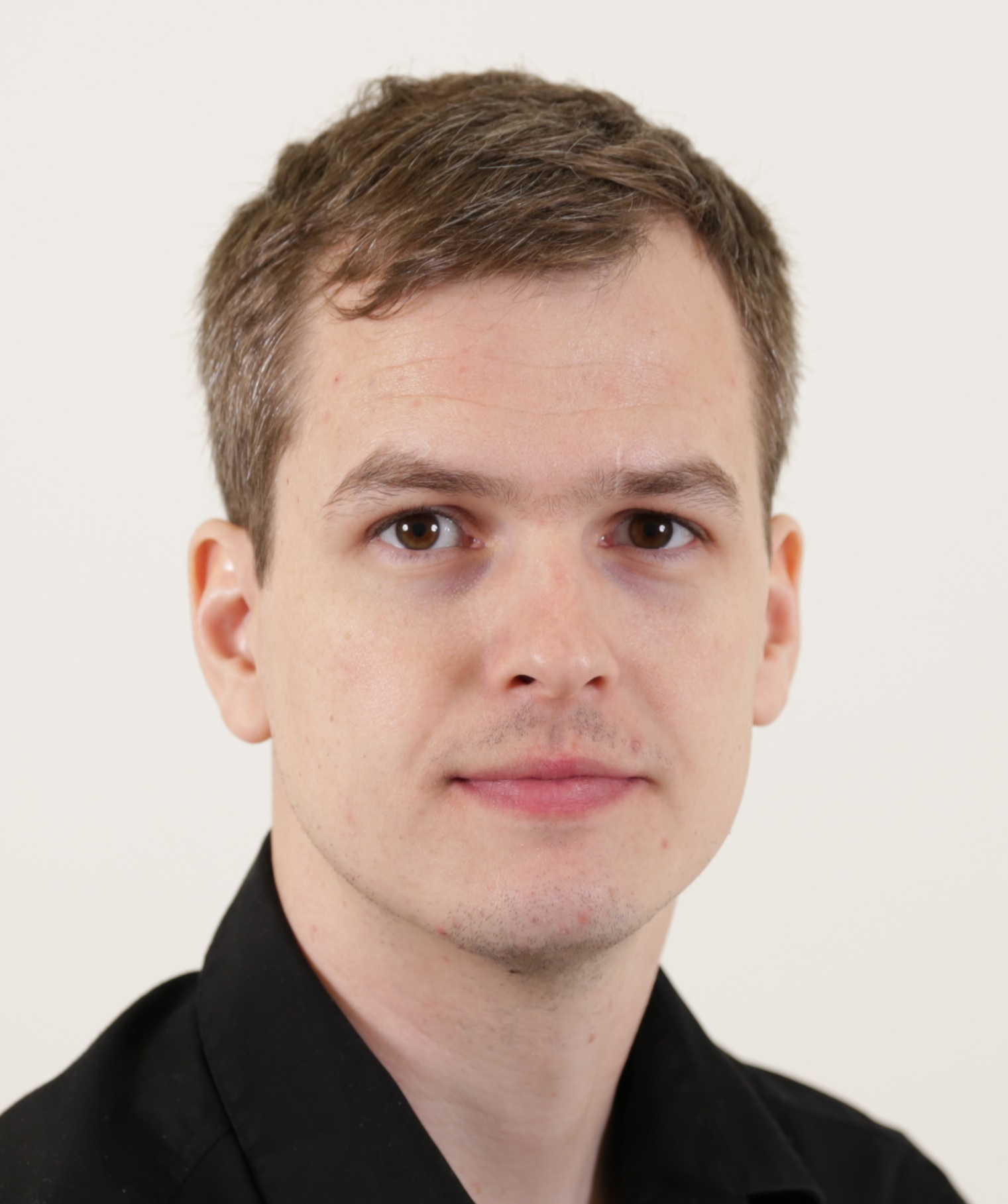 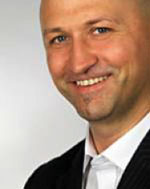 Prof. Aszmann joined the Division of Plastic Surgery in Vienna, Austria in 1998 where he now holds the position of Associate Professor of Plastic and Reconstructive Surgery. Both his research and clinical focus have always been peripheral nerve reconstruction and extremity/hand rehabilitation. Since 2006 he has entered a close collaboration with the company Otto Bock to explore the possibilities and limits of bionic reconstruction which has now led to the establishment of a Center for Extremity Reconstruction and Rehabilitation. This Center has at its core interest the recovery and rehabilitation patients with impaired extremity function. 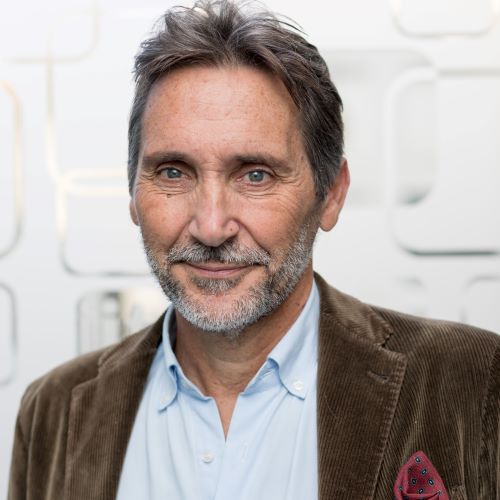 Title: A soft synergy model of human manipulation and its applications to prosthetics and rehabilitation.

Abstract: The human hand is a very complex biomechanical system, whcih is effortlessly controlled by our brain without occupying our attention in most of the cases. Artificlal hands have been able to replicate the natural manipulation versatility only to a limited extent, while requiring attention-intensive command. This resulted in scarce satisfaction of prosthetic users, and in frequent abandonment.
Our work in recent years focused on trying to understand what is at the core of human upper limb functionalities, to develop a principled design approach to a fully articulated hand which could be simply and intuitively controlled. Not surprisingly, we found that some principles from human motor control can lead to a better design and control of artificial hands.
We will present the notion of “soft synergies”, which merges the concepts of motor synergies with an equilibrium-point hypothesis, and results in the development of the SoftHand Pro, an artificial hand which definitely innovative features. The use of the hand by prosthetics and rehabilitation patients is illustrated, and results discussed.

Antonio Bicchi is a scientist interested in Robotics and Machine Intelligence. After graduating from the University of Bologna, he has been with the MIT AI Lab in Cambridge, USA, and is now Professor of Robotics at the University of Pisa, Dept. of Information Engineering. Since 2009 he leads the Soft Robotics Lab at the Italian Institute of Technology in Genoa, and from 2013 he is Adjunct Professor at Arizona State University in Tempe, Arizona.
He has published more than 500 peer reviewed papers on international journals, books, and refereed conferences. His 2012-2017 ERC Advanced Grant “SoftHands” established the basis for the theory of soft synergies in human manipulation, led to the design of a new generation of robotic and prosthetic hands, and contributed to establishing the new field of “soft manipulation”. In 2017 he ran an ERC Proof of Concept project to explore the applicability of advanced soft robotics solutions to prosthetics. The ERC Synergy project “Natural BionicS”, starting in 2019, will produce the first completely integrated bionic limb system with direct spinal interfacing.
Antonio Bicchi has organized and co-chaired the First WorldHaptics Conference (2005), starting the major series of gatherings of haptic researchers worldwide. In 2016, as the Founding Editor in Chief, he launched a new IEEE Journal, the Robotics and Automation Letters, which in only two years became the major scientific publication in the field.
Antonio Bicchi is the recipient of several awards and honors. He is a Fellow of IEEE since 2005, and has received the prestigious IEEE Saridis Leadership Award in 2018. 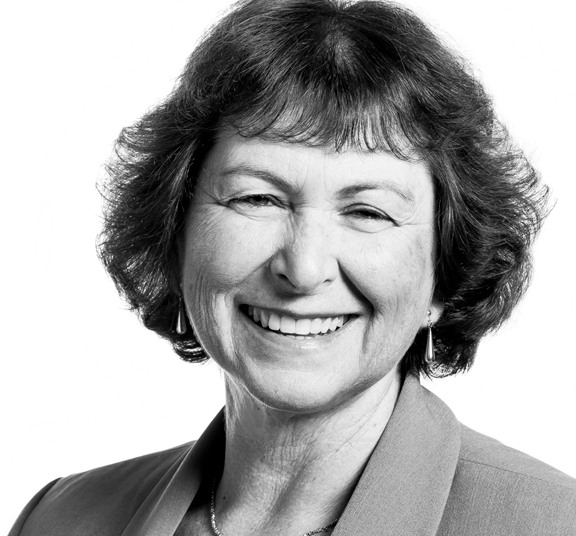 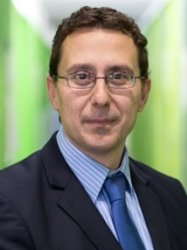 Professor Farina has been Full Professor at Aalborg University, Aalborg, Denmark, (until 2010) and at the University Medical Center Göttingen, Georg-August University, Germany, where he founded and directed the Institute of Neurorehabilitation Systems (2010-2016) until he moved to Imperial College London as Chair in Neurorehabilitation Engineering. His research focuses on biomedical signal processing, neurorehabilitation technology, and neural control of movement. Within these areas, he has (co)-authored approximately 400 papers in peer-reviewed Journals and >500 conference abstract and papers. He has been the President of the International Society of Electrophysiology and Kinesiology (ISEK) (2012-2014) and is currently the Editor-in-Chief of the official Journal of this Society, the Journal of Electromyography and Kinesiology. He is also currently an Editor for IEEE Transactions on Biomedical Engineering and the Journal of Physiology, and previously covered editorial roles in several other Journals. 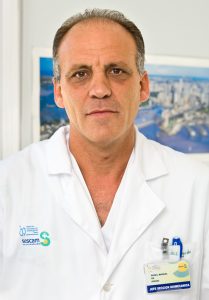 Medical Doctor and Ph.D degree obtained in the Faculty of Medicine, Universidad Complutense (Madrid, Spain) with a doctoral thesis about manual wheelchair propulsion ergonomics in spinal cord injury patients (2009). Clinical practice in different hospitals since 1993 as Physical Medicine and Rehabilitation specialist. Researcher from 1994 to 1996 in Institute of Biomechanics in Valencia (IBV). Coordinator of Biomechanics and Technical Aids Department in National Hospital for Spinal Cord Injury (Toledo, Spain) since 2005. Current research focuses on the application of biomechanics to the development of systems based on virtual reality for upper limb rehabilitation treatment and the development of neuro-robotic and neuro-prosthetics to compensate or restore movement disorders. Coordinator of the scientific committee of the Spanish Federation for Disabled Sports from 1998 to 2004. 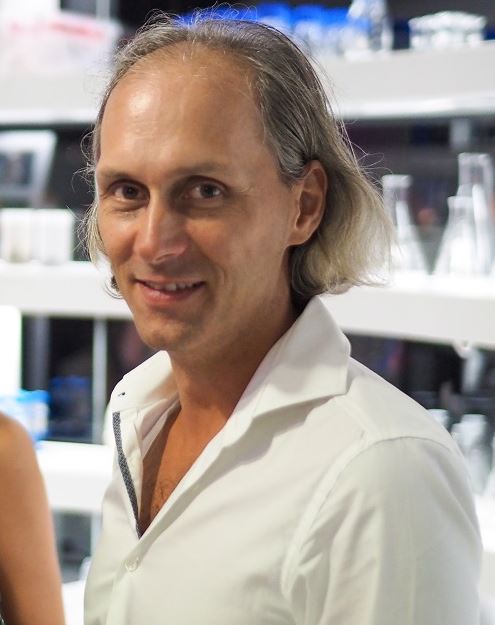 Christoph Guger, PhD, studied biomedical engineering at the University of Technology Graz, Austria and Johns Hopkins University in Baltimore, USA. He then carried out research work at the Department of Medical Informatics (Prof. Pfurtscheller) at the University of Technology Graz and received his PhD degree in 1999. The topic of his PhD work was the design of an EEG-based brain-computer interface. This was the first real-time BCI system with continuous feedback. He also developed the real-time analysis with common spatial patterns, which is still the fastest and most accurate approach for oscillatory BCIs, and also developed a P300 BCI with very high accuracy and speed. In recent years, he also worked with ALS and stroke patients in different countries. He co-founded g.tec medical engineering GmbH in 1999, and has worked there ever since. Recently, Christoph Guger was awarded the internationally recognized EY Entrepreneur Award. 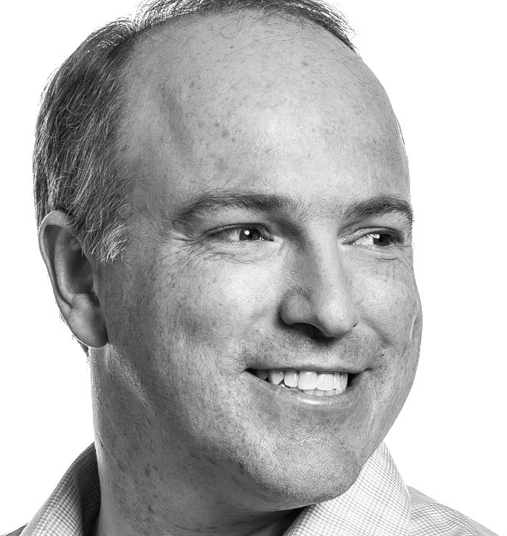 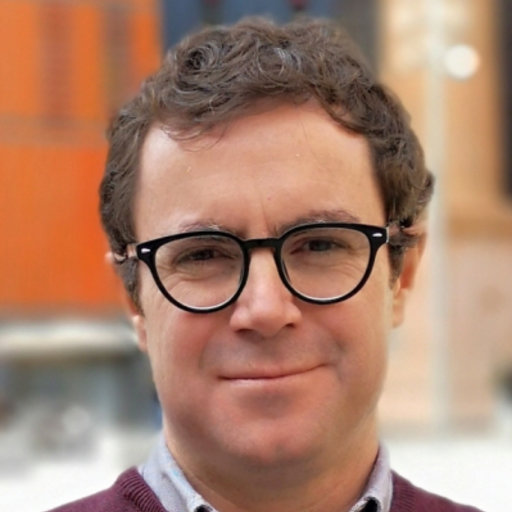 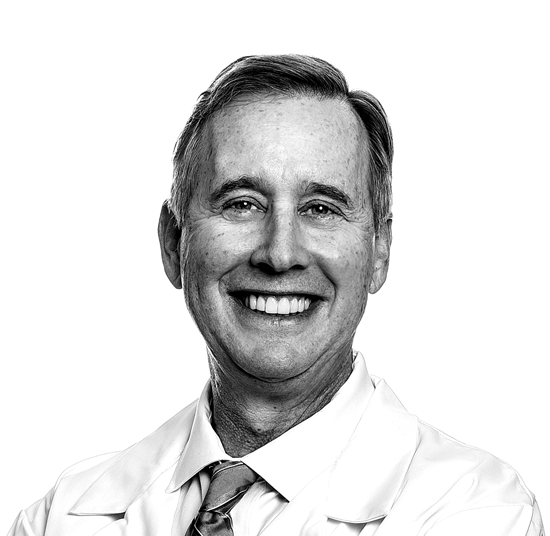 Dr. Park received his B.S. in Precision Engineering and Mechatronics, and M.S. and PhD in Mechanical Engineering from Korea Advanced Institute of Science and Technology. From 2004 to 2013, he worked as a research associate & research scientist in Rehabilitation Institute of Chicago (Chicago, IL, 2004~2009) and staff scientist in National Institutes of Health (Bethesda, MD, 2009~2013). Since 2013, he is an associate professor of the department of mechanical engineering at KAIST. He has conducted several research projects in the field of rehabilitation engineering including development and evaluation of rehabilitation robots and wearable sensors. He has published over 125 papers (52 international journal papers, 73 conference proceedings) and 16 patents. He has completed over 20 research projects all in the area of rehabilitation engineering. 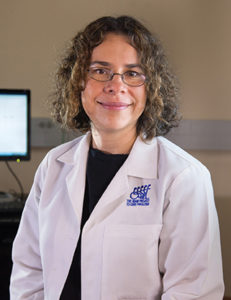 Dr. Perez received a Ph.D. in physical therapy from University of Miami School of Medicine in 2003. She attended the University of Copenhagen as a post-doctoral fellow at the laboratory of Professor Jens B. Nielsen until 2005. She joined the National Institute of Neurological Disorders and Stroke at the NIH in 2005 as a research fellow working with Dr. Leonardo G. Cohen until 2008. Her research has focused on studying adaptations in motor cortical and spinal cord circuits during acquisition of a novel motor skill using upper and lower limb muscles. This work has been complemented by studies aiming to better understand modulation in motor cortical circuits, including intracortical and interhemispheric interactions between primary motor cortices, during voluntary movement. 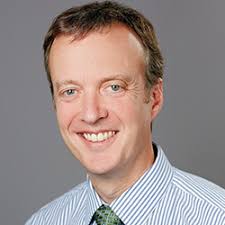 Prof. Eric Perreault is a Professor at Northwestern University with appointments in Biomedical Engineering and Physical Medicine and Rehabilitation, and in the Sensory Motor Performance Program at the Rehabilitation Institute of Chicago. Eric received his B.Eng and M.Eng in Electrical Engineering from McGill University and his PhD in Biomedical Engineering from Case Western Reserve University. He completed a postdoctoral fellow in Physiology at Northwestern University, and was a Visiting Professor at ETH Zürich.
Eric’s research focuses on understanding the neural and biomechanical factors involved in the control of multi-joint movement and posture and how these factors are modified following neuromotor pathologies such as stroke and spinal cord injury. The goal is to provide a scientific basis for understanding normal and pathological motor control that can be used to guide rehabilitative strategies and user interface development for restoring function to individuals with motor deficits. Current applications include assistive devices for individuals who have suffered a stroke or spinal cord injury, and user interfaces for neuroprosthetic control.
Currently, Eric is an Associate Editor for the IEEE Transactions on Neural Systems and Rehabilitation Engineering, and serves on the editorial boards for the Journal of Motor Behavior and the Journal of Motor Control. He also is a member of the IEEE Technical Committee on Rehabilitation Robotics. 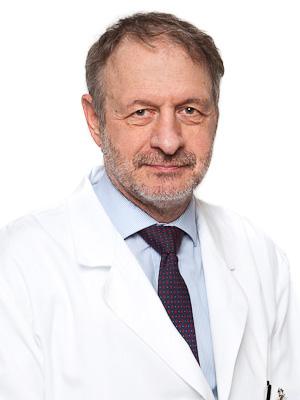 Dr. Marco Molinari (Neurologist, Physical medicine and rehabilitation specialist, PhD in Neuroscience) is the Director of Neurorehabilitation Translational Researchand Clinic at IRCCS Fondazione Santa Lucia, Rome. The Department integrates Neuroscience research and clinical neurological rehabilitation units. The clinical ward is devoted to rehabilitation of patients with brain or spinal cord lesions in a multidisciplinary environment. Research activity span from basic science approaches in animal models to development and testing of new rehab approaches in humans. Dr. Molinari is author of over 150 articles published on indexed journals. SCOPUS H-index 45. He is Review Editor of The Cerebellum. Research activity has been always focused on brain plasticity mechanisms and functional recovery both at basic science and clinical levels. 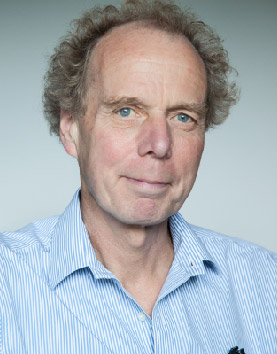 Prof. Rothwell is full professor in the “Sobell Department of Motor Neuroscience and Movement Disorders” and head of the “Physiology and Pathophysiology of Human Motor Control” laboratory. The Sobell department provides a world-class base for neurophysiological research into movement control and its disorders. Rothwell’s laboratory has a leading position in the investigation of the human motor physiology. His main area of interest is transcranial magnetic stimulation and motor control and he has pioneered the use of the paired-pulse stimulation technique for interhemispheric studies. He has written over 600 papers and numerous book chapters. 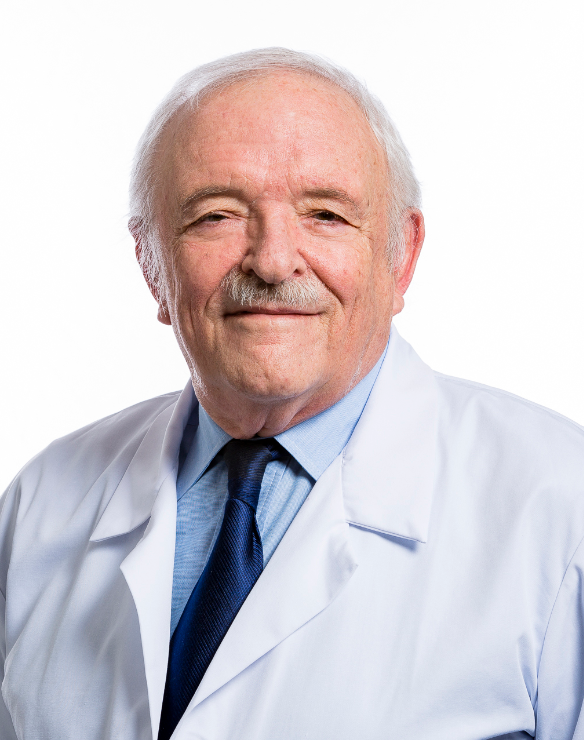 William Zev Rymer, MD, PhD is Director of the Single Motor Unit Laboratory at the Shirley Ryan AbilityLab (formerly the Rehabilitation Institute of Chicago, or RIC). He served as the former Vice President for Research and the John G. Searle Chair of Rehabilitation Research at the RIC. Dr. Rymer has appointments as Professor of PM&R, Physiology, and Biomedical Engineering at Northwestern University. He received his medical training from the University of Melbourne, graduating with honors, and his PhD in Neuroscience from Monash University. His research concerns the neural control and biomechanics of movement in human and animal models, and the disturbances of voluntary movement and their origins in people with neurological disabilities, particularly those with stroke and spinal cord injury. He currently holds grants from the NIH, NIDILRR, and several foundations. He has published more than 300 papers, with more than 150 in the fields of biomechanics and control of movement. Dr. Rymer has conducted large and successful pre- and post-doctoral training programs in bioengineering and physiology for many years. He is currently Project Director of a NIDILRR-funded multi-center clinical trial to evaluate the effectiveness of intermittent hypoxia therapy in individuals with spinal cord injury. 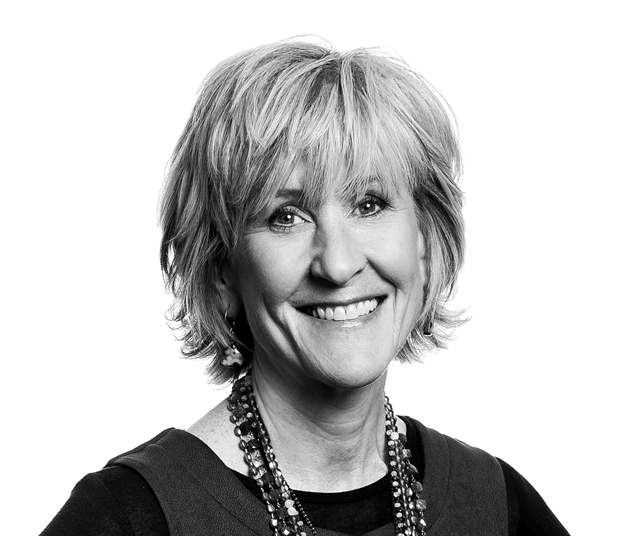 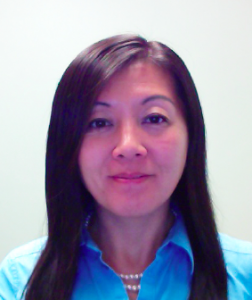 Dr. Thompson is an Associate Professor at the Medical University of South Carolina. She received her Ph.D. degree in Neuroscience from the University of Alberta, Canada in 2005. She was a post-doctoral fellow at the Wadsworth Center, USA from 2005 to 2007. Her long-term research goals are to understand plasticity of the central nervous system (CNS) as it relates to motor control, and to learn how to guide that plasticity to help restore useful function in people after CNS damage. Her current research focuses on investigating functional roles of spinal reflexes during dynamic motion and evaluating the CNS plasticity associated with changing EMG evoked responses (e.g., spinal reflexes and motor evoked potential to transcranial magnetic stimulation) in people with and without CNS damage.

More information will be published soon.